After 10 months of production the very last frame of our new short “Princess Painting” was rendered yesterday. The film produced for German broadcaster ZDF was directed by Klaus Morschheuser and Johannes Weiland, written by Marcus Sauermann and designed by Uwe Heidschoetter. “Princess Painting” already has been chosen to be screened at Germany’s children’s film festival Goldener Spatz as well as the Trickfilmfest Stuttgart. So, come to Germany to be be one of the first to watch the fairytale about a spoiled, little princess and her ambitions as a painter. 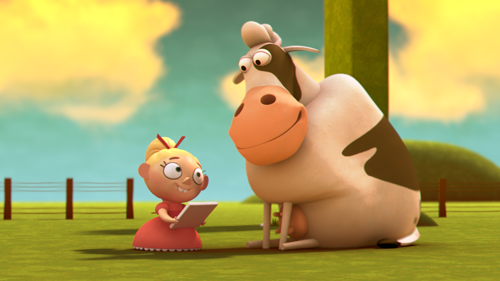