In Cyprus, in the ancient city of Paphos, this year’s edition of the animation festival Animattikon took place online as well as on location. Our short film “Ode”, directed by Shadi Abib, won the Golden Hat Award for Best Commissioned Film. Thanks to the jury and the whole festival team! If you haven’t seen the short yet, you may check it out on youtube. 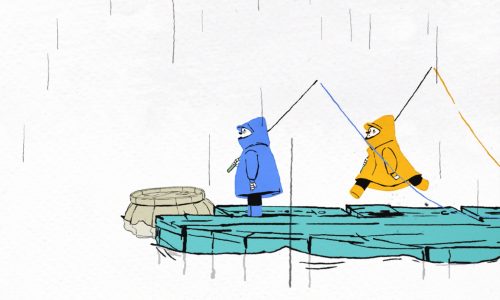 Shadi’s short film “Ode” won the special price at the 1st Seoul International Public Advertising Festival last weekend. This year’s theme was “Earth Is One, We Are The One”. We couldn’t be happier.

In the summer 2018 the Ministry of Justice and for Europe Baden-Württemberg together with the International Trickfilm-Festival Stuttgart (ITFS) / Film- und Medienfestival gGmbH initiated a competition for students, postgraduate and start-ups  in Baden-Württemberg to produce a short film that celebrates the European idea and union. Director Shadi Adib developed a pitch together with her companion Michael Logar and got selected. Shadi decided to produce her film together with Studio Soi. Ode had its premiere at the International Trickfilmfestival in Stuttgart on April 30th 2019.

The director was interviewed for the radio show studio 9. The article as well as the audio file are available in German here: