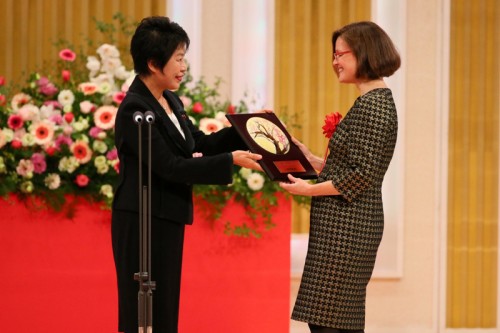 At the Chicago International Children’s Film Festival, our short film ‘Nearest and Dearest’ has been awarded with the 1st prize in the category ‘Children’s Jury Prize – Animated Television’ as well as the 2nd prize in the category ‘Adult Jury Prize – Animated Television Production’. ‘Princess’ Painting’ received the Diploma of Honor of the Rosh’d International Film Festival in Tehran. The picture above shows editor Annick Hillger (right) during the award ceremony of the Japan Prize for ‘Nearest and Dearest’.